Jeremiah Newman, Bishop of Limerick from 1974 to 1995 after having served as Professor and President of St. Patrick’s College, Maynooth, is born in Dromcolliher, County Limerick, on March 31, 1926.

Following a local primary education, Newman attends St. Munchin’s College, Limerick. He studies for the priesthood at St. Patrick’s College, Maynooth, and is ordained there on June 18, 1950.

In 1953 Newman is appointed Professor of Sociology at St. Patrick’s College, Maynooth, succeeding Peter McKevitt. It is an institution he remains within, and eventually leads with distinction, until he is appointed Bishop of Limerick in May 1974. He publishes two books about the college: Maynooth and Georgian Ireland (1979) followed by Maynooth and Victorian Ireland (1983).

Newman arrives in Limerick with a strong reputation for reform having served a number of years as President of Maynooth where he adapted and shaped the college to the new challenges of the 1970s. His academic background in sociology gives him an informed understanding of the changing dynamic in Irish life, especially rural life which he has been writing about since the early 1960s, especially the dangers of depopulation.

Newman often makes comment on national matters particularly about church-state relations which has been his special area of study for over 20 years. He takes what might be called a broadly ‘conservative’ approach which, as time goes on, jars with wider public opinion especially as Ireland faces a number of constitutional referenda in the 1980s. At least one modern author has quoted the epithet alleged to have been conferred on Newman by Conor Cruise O’Brien, The Mullah of Limerick, for articulating a neo-conservative position more commonly associated with the United States.

Newman’s later years are dogged by periodic bouts of ill-health and he dies in office on April 3, 1995 of hepatoma. He is buried in St. John’s Cathedral, Limerick. He is the subject of many obituaries not least because of his extensive public statements in his years as Bishop of Limerick. The Tablet suggests he was most “well known for his conservatism and taste for controversial remarks” before quoting the homily by Cardinal Cahal Daly that “he seemed to have a strange sense of inadequacy; and, for one who was so lovable, he seemed to have difficulties in believing that others respected and admired and indeed loved him.” The Irish Times obituary says he was a man “who kept fighting the battles of long ago.”

Newman is succeeded as Bishop of Limerick by Bishop Donal Murray.

Limerick City Library holds an extensive set of newspaper articles about Bishop Jeremiah Newman which have been made available online. 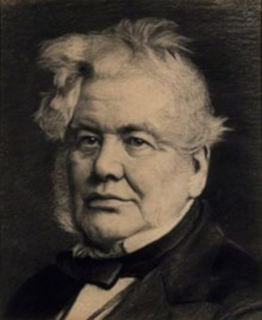 Isaac Butt, barrister and politician, is born in Glenfin, County Donegal on September 6, 1813. If not the originator of the term Home Rule, he is the first to make it an effective political slogan. He is the founder (1870) and first chief of the Home Government Association and president (1873–77) of the Home Rule League of Great Britain, but he is superseded in 1878 as head of the Home Rule movement by the younger and more forceful Charles Stewart Parnell.

Butt is the son of a Church of Ireland rector and is descended from the O’Donnells of Tyrconnell, through the Ramsays. He receives his secondary school education at The Royal School in Raphoe, County Donegal, and at Midleton College in County Cork, before going to Trinity College Dublin at the age of fifteen, where he is elected a Scholar. While there he co-founds the Dublin University Magazine and edits it for four years. For much of his life he is a member of the Irish Conservative Party. He becomes Whately Chair of Political Economy at Trinity in 1836 and holds that position until 1841.

Butt is called to the Irish bar in 1838 and the English bar in 1859. Intermittently from 1852 he represents, successively, one English and two Irish constituencies in the House of Commons. In 1848 he undertakes the defense of the Young Ireland leaders, who are charged with high treason for their abortive insurrection that year. From 1865 to 1869 he is the principal defense counsel for the imprisoned leaders of the Fenians (Irish Republican, or Revolutionary, Brotherhood).

Despite his legal work for the Fenians, Butt, who is basically a conservative, fears the consequences of a successful Fenian revolt. Disillusioned, however, by the British government’s failure to relieve the Irish Great Famine of the late 1840s, he becomes convinced that a native parliament is required for Irish land reform and other needs. In May 1870 he calls for an Irish Parliament subordinate to the imperial Parliament at Westminster, and later that year he forms the Home Government Association. From 1871 he quickens the Irish nationalist agitation in the House of Commons but gradually loses his leadership, partly because he disapproves of Parnell’s tactics of obstructing routine parliamentary business.

Butt amasses debts and pursues romances. It is said that at meetings he is occasionally heckled by women with whom he had fathered children. He is also involved in a financial scandal when it is revealed that he had taken money from several Indian princes to represent their interests in parliament.

Isaac Butt dies on May 5, 1879 in Clonskeagh in Dublin. His remains are brought by train to Stranorlar, County Donegal, where he is buried in a corner of the Church of Ireland cemetery beneath a tree by which he used to sit and dream as a boy. His grave has been restored and the memorial now includes a wreath.

Despite his chaotic lifestyle and political limitations, Butt is capable of inspiring deep personal loyalty. Some of his friends, such as John Butler Yeats and the future Catholic Bishop of Limerick, Edward Thomas O’Dwyer, retain a lasting hostility towards Parnell for his role in Butt’s downfall.

In May 2010 the Church of Ireland parishes of Stranorlar, Meenglass and Kilteevogue instigate an annual memorial Service and Lecture in Butt’s honour, inviting members of the professions of law, politics and journalism to reflect aspects of his life. Speakers have included Dr. Joe Mulholland, Senator David Norris, Dr. Chris McGimpsey and Prof. Brian Walker. 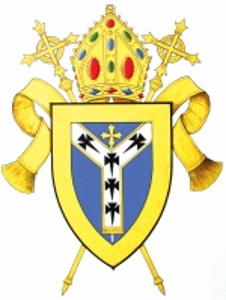 The union of the diocese of Glendalough with that of Dublin, having been promulgated by Pope Innocent III, is confirmed by Pope Honorius III on October 6, 1216.

The broad Dublin area is Christian long before Dublin has a distinct diocese, with monasteries such as Glendalough as well as at Finglas, Glasnevin, Rathmichael, Swords, and Tallaght. Several of these function as “head churches” and the most powerful of all is Glendalough.

In the early church in Ireland, the church has a monastic basis, with greatest power vested in the Abbots of the major communities. There are bishops but not organised dioceses in the modern sense, and the offices of abbot and bishop are often comprised in one person. Some early “Bishops of Dublin,” as far back as 633, are mentioned in Ware’s Antiquities of Ireland but the Diocese of Dublin is not considered to have begun until 1038.

The Kingdom of Dublin first seeks to have a bishop of their own in the 11th century, under Sitric MacAulaf, who has been on pilgrimage to Rome. He sends his chosen candidate, Donat, to be consecrated in Canterbury in 1038, and the new prelate sets up the Diocese of Dublin as a small territory within the walled city, over which he presides until 1074. The new diocese is not part of the Church in Ireland but of the Norse Province of Canterbury. Sitric also provides for the building of Christ Church Cathedral in 1038.

At the Synod of Ráth Breasail, convened in 1118 by Gillebert, Bishop of Limerick, on papal authority, the number of dioceses in Ireland is fixed at twenty-four. Dublin is not included as the city is described as lying within the Diocese of Glendalough and still attached to Canterbury.

In 1151, Pope Eugene III commissions Cardinal Giovanni Paparo to go to Ireland and establish four metropolitans. At the Synod of Kells in 1152, Armagh, Dublin, Cashel, and Tuam, are created archiepiscopal sees. In a document drawn up by the then Archbishop of Tuam in 1214, Cardinal Paparo states that he delivered the pallium to Dublin which he determines to be preferred over Glendalough and appoints that the Glendalough diocese should be divided, and that one part thereof should fall to the metropolitan.

The part of North County Dublin known as Fingall is taken from Glendalough Diocese and attached to Dublin City. The new Archdiocese has 40 parishes, in deanaries based on the old senior monasteries. All dependence upon English churches such as Canterbury is also ended.

The founding Archbishop of the larger Dublin Diocese is Gregory, with the Bishops of Kildare, Ossory, Leighlin, Ferns, and Glendalough reporting to him.

In 1185, the Lord of Ireland, John Lackland, grants the merger of the dioceses of Dublin and Glendalough. This is initially without effect as the charter lacks papal approval. When the bishop Macrobius dies in 1192, a synod is held in Dublin under the direction of the papal legate Metthew O Enna. William Piro is elected as Bishop of Glendalough and remains in office at least until 1212. Robert de Bedford is elected as successor in 1213 or 1214 but never has the opportunity to take possession of the diocesan seat. Instead, John, now King of England, reissues a grant to join Glendalough to Dublin which is finally approved in by Pope Innocent III in 1216 and confirmed by his successor Honorius III in the same year.