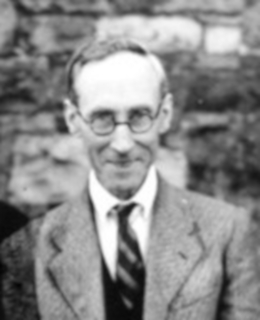 Peadar Ó Dubhda, novelist, playwright, musician, teacher and translator of the Irish language, is born in Dundalk, County Louth on June 29, 1881. He is the author of many plays, stories and manuscripts over the years and in his youth is a noted high jumper competing at local events.

Ó Dubhda leaves the local primary school at the age of twelve with only the most basic of an education, but when he goes to work as a delivery boy driving around the roads of North Louth on his horse and cart he always has his O’Growney grammar book at his side, perfecting his knowledge of the Irish language. As a youth he joins the local brass band, where he is taught the cornet, but such is the depth of his intellect and his love for music he is an accomplished violinist, flautist and pianist in a very short time.

From his youth stretching into early manhood Ó Dubhda’s love of the Irish language is evident. He helps found a Gaelic League branch in Dundalk and perfects his use of the language by visiting Gaeltacht areas in the west of Ireland and Omeath. He is awarded a certificate to teach Irish by the Patrick Pearse and is a teacher in St. Mary’s College in Dundalk for over 20 years from 1915.

Ó Dubhda leaves teaching when he is offered his own children’s hour on Radio Éireann, a programme that lasts for over 30 years and through which a generation of Irish youth come to know and love his stories.

Ó Dubhda’s major work is the translation of the entire Douay version of the bible into Irish. The work takes twelve years and involves the deciphering of over three million words. The work is presented to the Irish nation in 1955 and is held in the National Museum of Ireland.

In 1950 Ó Dubhda is presented with the Papal medal, Pro Ecclessia el Pontifice by Pope Pius XII, to mark his 50th year as a member of his St. Malachy’s choir and one of his most prized possessions is a personal letter from Pope John XXIII praising him for his work for the church.

Peadar Ó Dubhda is just a month shy of his 90th birthday when he passes away in the loving care of his nieces in their Park Drive home on May 26, 1971. He is buried in Dundalk and his funeral is attended by President Éamon De Valera. 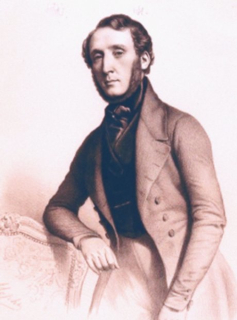 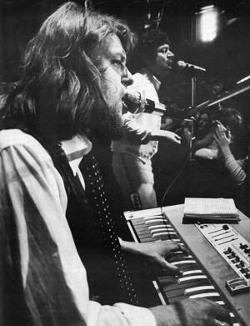 William (Billy) Brown, a musician and artist from Northern Ireland, dies on June 6, 1999 of a heart attack at his home in Johnstown, County Kildare. He is best remembered as a singer, saxophonist, and pianist with The Freshmen, one of Ireland’s most popular showbands of the 1960s and 1970s.

Brown is born in Larne, County Antrim in Northern Ireland. While studying at the Belfast College of Art he joins Billy McFarland’s Showband. Later he forms The Freshmen with some friends. Through Brown’s skillful arrangements, the band is able to reproduce sophisticated vocal harmonies in their covers of songs such as “Papa-Oom-Mow-Mow,” “The Little Old Lady from Pasadena,” and “Carpet Man.”

Brown leaves The Freshmen in the mid-1970s to pursue other musical challenges, albeit with limited success. He later rejoins the band and, in 1977, they have one of their biggest hits with his composition, “Cinderella.” Following the breakup of The Freshmen, he has a minor solo hit in 1980 with his own song, “Look What Jerry Lee Did To Me.”

In his latter years, Brown develops his interest in wildlife, becoming a successful painter of nature scenes, as well as contributing his insights into the natural world on RTÉ 2fm‘s children’s show, Poporama.

Billy Brown dies of a heart attack on June 6, 1999, at his home in Johnstown, County Kildare. In its obituary, the Irish Independent refers to him as “one of the most gifted musicians of his generation.”

In a tribute to Brown following his death, Freshmen founder-member, Maurice Henry, describes his late friend’s pivotal role in the band:

“You could say Billy was The Freshmen and without his talent and innovative musical skills we would certainly not have achieved as much, either as a showband or in our recordings.”