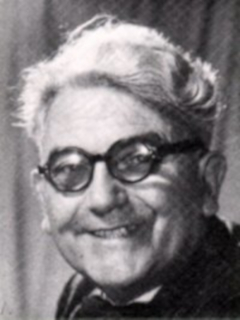 Fallon is born in Athenry, County Galway on January 3, 1905. His upbringing and his early impressions of the town and the surrounding landscape are intimately described in his poetry. After passing the civil service exams in 1923 he moves to Dublin to work in the Customs House. In Dublin he becomes part of the circle of George William Russell (Æ) who encourages his literary ambitions and arranges for the publication of his early poetry. He forms close friendships with Seumas O’Sullivan, editor of The Dublin Magazine, the poets Austin Clarke, Robert Farren, F.R. Higgins and Patrick McDonagh, and later the novelist James Plunkett.

In 1939, Fallon leaves Dublin to serve as a Customs official in County Wexford, living in Prospect House, near Wexford with his wife, Dorothea (née Maher) and his six sons. During this time he becomes a close friend of the painter Tony O’Malley.

Three plays adapted from Irish mythology, Diarmuid and Gráinne, The Vision of Mac Conglinne and Deirdre’s King, receive particular contemporary critical acclaim. The landscape, mythology and history of Ireland, interwoven with classical themes and religious symbolism, are frequent themes in his poetry and dramatic works. A number of Fallon’s radio plays are later broadcast on BBC Third Programme and, in translation, in Germany, the Netherlands, and Hungary. The play The Seventh Step is staged at The Globe Theatre in Dublin in 1954. A second one, Sweet Love ’till Morn, is staged at the Abbey Theatre in 1971. He also writes dramatic pieces for television such as A Sword of Steel (1966) and The Fenians (1967), the latter produced by James Plunkett. In a number of his plays and radio dramas he cooperates with contemporary composers providing incidental music, an example being The Wooing of Étain (1954) with music by Brian Boydell.

Fallon retires from the Civil Service in 1963, returning to Dublin before moving to Cornwall in 1967 to live with his son, the sculptor Conor Fallon and his daughter-in-law, the artist Nancy Wynne-Jones. He and his wife return to Ireland in 1971. He spends his last years in Kinsale. He is visiting his son Ivan Fallon in Kent at the time of his death.

While Fallon’s poetry had previously appeared in The Dublin Magazine, The Bell, The Irish Times and a number of anthologies, his first volume of collected poetry, Poems, incorporating a number of previously unpublished poems, is not produced until 1974, months before his death. Three volumes of his poetry, edited by his son, the journalist and critic Brian Fallon, are published after his death: Poems and Versions in 1983, Collected Poems in 1990, and A Look in the Mirror and Other Poems in 2003. In 2005, three of his verse plays, The Vision of Mac Conglinne, The Poplar, and The Hags of Clough, are published in a single volume. A selection of his prose writings and criticism edited by Brian Fallon, A Poet’s Journal, is published in the same year.

Deevy is born on January 21, 1894 in Waterford. She is the youngest of 13 siblings, all girls. Her mother is Mary Feehan Deevy and her father is Edward Deevy who passes away when she is two years old.

Deevy attends the Ursuline Convent in Waterford and in 1913, at the age of 19, she enrolls in University College Dublin, to become a teacher. However, that same year, she becomes deaf through Ménière’s disease and has to relocate to University College Cork so she can receive treatment in the Cork Ear, Eye, and Throat Hospital, while also being closer to the family home. In 1914 she goes to London to learn lip reading and returns to Ireland in 1919. She starts writing plays and contributing articles and stories to the press around 1919.

Deevy’s return to Ireland takes place during the Irish War of Independence and this heavily influences her writing and ideology as she is heavily involved in the nationalistic cause. She heavily admires Constance Markievicz and joins Cumann na mBan, an Irish women’s Republican group and auxiliary to the Irish Volunteers.

In 1930 Deevy has her first production at the Abbey Theatre, Reapers. Many more follow in rapid succession, such as In Search of Valour, Temporal Powers, The King of Spain’s Daughter and Katie Roche, the play she is perhaps best known for. Her works are generally very well received with some of them winning competitions, becoming headline performances, or being revived numerous times. After a number of plays staged in the Abbey, her relationship with the theater sours over the rejection of her play, Wife to James Whelan in 1937.

After Deevy stops writing plays for the Abbey, she mainly concentrates on radio, a remarkable feat considering she had already become deaf before radio had become a popular medium in Ireland in the mid-to-late 1920s. She has a prolific output for twenty years on Raidio Éireann and on the BBC.

Deevy is elected to the prestigious Irish Academy of Letters in 1954, as a recognition to her contribution to the Irish theater. Her sister, Nell, with whom she had lived in Dublin, dies in the same year, so she returns to Waterford. She becomes a familiar figure in Waterford as she cycles around the city on her “High Nelly” bike.

When Deevy’s health begins to fail she is eventually admitted to the Maypark Nursing Home in Waterford. She dies there on January 19, 1963, at the age of 68, two days before her birthday.