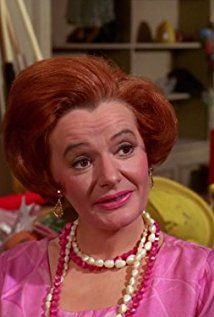 Pauline Delaney, accomplished stage, TV and film actress who is best known for her role in Circle of Friends and Into The West, dies in London from complications caused by Parkinson’s disease on January 15, 2007.

Delany is born in Dublin on June 8, 1925. Her mother, a keen theatregoer, inspires her love of the stage, taking her on regular visits to the Abbey Theatre and the Gate Theatre. She learns her craft through evening classes at the Brendan Smith Academy in Dublin and later gives up her job as a trainee fashion buyer to tour with a production of Charlie’s Aunt, starring Leslie Phillips.

In the mid-1950s, she marries actor Norman Rodway and they become members of the Globe company, together with Anna Manahan, Maureen Toal and Milo O’Shea, presenting new plays at a small Gas Company theatre in Dún Laoghaire. When financial problems force the Globe to close, she helps form Gemini Productions and stars in its 1960s Dublin Theatre Festival success, The Poker Session, by Hugh Leonard.

When the play transfers to London, Delany moves there. Her marriage to Rodway ends and she subsequently forms a relationship with Gerry Simpson, an Irish-born playwright. She is a familiar figure on the London stage, appearing in several productions, including The Hostage at the Royal Court, A Day in the Death of Joe Egg at the King’s Head Theatre and Cross Purpose at Hampstead Theatre.

Delany appears in several TV plays including The Dead, Shadow of a Gunman, Stephen D and The Seagull, as well as roles in The Bill, Casualty and Rumpole of the Bailey. Among her film credits are The Quare Fellow, Brannigan, Rooney and Nothing but the Best. 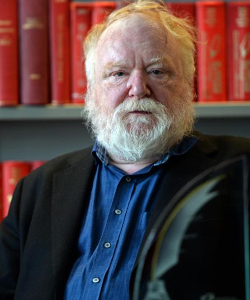 Frank McGuinness, award-winning Irish playwright and poet, is born in Buncrana, a town located on the Inishowen peninsula of County Donegal on July 29, 1953. As well as his own works, which include The Factory Girls, Observe the Sons of Ulster Marching Towards the Somme, Someone Who’ll Watch Over Me and Dolly West’s Kitchen, he is recognised for a “strong record of adapting literary classics, having translated the plays of Jean Racine, Sophocles, Henrik Ibsen, Federico García Lorca, and August Strindberg to critical acclaim.”

McGuinness is educated locally and at University College Dublin, where he studies Pure English and medieval studies to postgraduate level.

He first comes to prominence with his play The Factory Girls, but establishes his reputation with his play about World War I, Observe the Sons of Ulster Marching Towards the Somme, which is staged in Dublin‘s Abbey Theatre and internationally. The play makes a name for him when it is performed at Hampstead Theatre, drawing comments about McGuinness’s Irish Catholic background. It wins numerous awards including the London Evening Standard Award for Most Promising Playwright for McGuinness and the Christopher Ewart-Biggs Memorial Prize. He has also written new versions of classic dramas, including works by Henrik Ibsen, Anton Chekhov, and Euripides, adapting the literal translations of others. In addition, he writes the screenplay for the film Dancing at Lughnasa, adapting the stage play by fellow Ulsterman Brian Friel.

McGuinness’s first poetry anthology, Booterstown, is published in 1994. Several of his poems have been recorded by Marianne Faithfull, including Electra, After the Ceasefire and The Wedding.