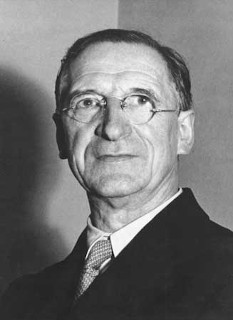 The 1959 Irish presidential election is held on June 17, 1959. Éamon de Valera, then Taoiseach, is elected as President of Ireland. A referendum proposed by de Valera to replace the electoral system of proportional representation by means of the single transferable vote with first-past-the-post voting which is held on the same day is defeated by 48.2% to 52.8%.

Under Article 12 of the Constitution of Ireland, a candidate for president may be nominated by:

Outgoing president Seán T. O’Kelly had served two terms, and is ineligible to serve again. On April 27, the Minister for Local Government, Neal Blaney, signs the ministerial order opening nominations, with noon on May 19 as the deadline for nominations, and June 17 set as the date for a contest. All Irish citizens on the Dáil electoral register are eligible to vote.

Seán Mac Eoin, a Fine Gael TD who had been the party’s candidate in the 1945 Irish presidential election, is nominated again by the party on May 15.

Patrick McCartan, who had also been a candidate in the 1945 election and had served as a senator for Clann na Poblachta from 1948 to 1951, is nominated by two county councils only, short of the four required for nomination. Eoin O’Mahony also seeks and fails to secure a nomination by county councils.

Éamon de Valera is inaugurated as the third President of Ireland on June 25, 1959. 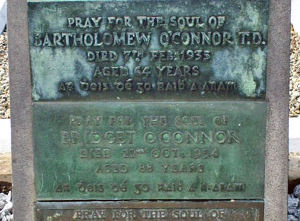 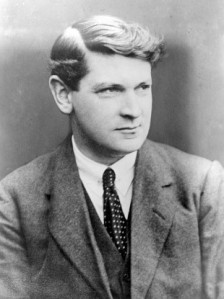 At the start of the 20th century, the IRB is a stagnating organisation, concerned more with Dublin municipal politics than the establishment of a republic. A younger generation of Ulster republicans aim to change this and, in 1905, Denis McCullough and Bulmer Hobson found the Dungannon Clubs, whose purpose is to discourage enlistment into the British Army and encourage enlistment into the IRB.

In 1909, Michael Collins is introduced to the brotherhood by Sam Maguire. By 1914, the Supreme Council is largely purged of its older, tired leadership, and is dominated by enthusiastic men such as Hobson, McCullough, Patrick McCartan, John MacBride, Seán Mac Diarmada, and Tom Clarke. The latter two are to become the primary instigators of the Easter Rising in 1916.

Following the Rising some republicans, notably Éamon de Valera and Cathal Brugha, leave the organization as they view it as no longer necessary since the Irish Volunteers now perform its function. The IRB, during the War of Independence (1919-1921), is under the control of Michael Collins, who initially is secretary and subsequently, on June 28, 1919, is made president of the Supreme Council.

When the Anglo-Irish Treaty is signed on December 6, 1921, it is debated by the Supreme Council, which votes to accept it by an 11-4 vote. Those who oppose the Treaty include former leader Harry Boland, Austin Stack, and Liam Lynch. Anti-Treaty republicans like Ernie O’Malley, who fought during the Civil War against the Treaty, see the IRB as being used to undermine the Irish Republic.

The IRB becomes quiescent during the Irish Civil War, which ends in May 1923, but it emerges again later that year as a faction within the National Army. It supports Minister for Defence Richard Mulcahy against the “Old IRA,” which fights against the recruitment of ex-British Army personnel and the demobilization of old IRA men. This comes to a head with the Army Mutiny of 1924, in the wake of which Mulcahy resigns and other IRB members of the army are dismissed by acting President of the Executive Council Kevin O’Higgins. The IRB subsequently dissolves itself, although it is not known whether a formal decision is made or it simply ceases to function.