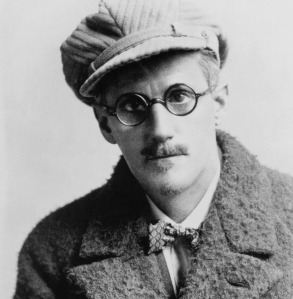 James Augustine Aloysius Joyce, considered to be one of the most influential writers in the modernist avant-garde of the early 20th century, dies in Zurich following surgery for a perforated ulcer on January 13, 1941.

Joyce is born on February 2, 1882, in the wealthy Rathgar suburb of Dublin. The family is initially well off as Dublin merchants with bloodlines that connected them to old Irish nobility in the country. James’ father, John Joyce, is a fierce Irish Catholic patriot and his political and religious influences are most evident in Joyce’s two key works A Portrait of the Artist as a Young Man and Ulysses.

The Joyce family is repeatedly forced to move to more modest residences due to their steadily diminishing wealth and income. John Joyce’s habitual unemployment as well as his drinking and spending habits make it difficult for the Joyces to retain their social standing. As a young man, Joyce is sent away to the renowned Clongowes School in 1888, a Jesuit institution regarded as the best preparatory school in Ireland. The Clongowes school figures prominently in Joyce’s work, specifically in the story of his recurring character Stephen Dedalus. Joyce earns high marks both at the Clongowes School and at Belvedere College in Dublin where he continues his education. At this point in his life, it seems evident that Joyce is to enter the priesthood, a decision that would please his parents. However, as Joyce makes contact with various members of the Irish Literary Renaissance, his interest in the priesthood wanes. Joyce becomes increasingly critical of Ireland and its conservative elements, especially the Church.

Against his mother’s wishes, Joyce leaves Ireland in 1902 to pursue a medical education in Paris and does not return until the following year upon receiving news of his mother’s debilitation and imminent death. After burying his mother, Joyce continues to stay in Ireland, working as a schoolteacher at a boys’ school, another autobiographical detail that recurs in the story of Stephen Dedalus. After barely spending a year in Dublin, Joyce returns to the Continent, drifting in and out of medical school in Paris before taking up residence in Zurich. It is during this period that Joyce begins writing professionally.

In 1905, Joyce completes a collection of eight stories entitled Dubliners, although it is not actually printed until 1913. During these frustrating and impoverished years, Joyce heavily relies upon the emotional support of Nora Barnacle, his unmarried Irish lover, as well as the financial support of his younger brother, Stanislaus Joyce. Both Nora and Stanislaus remain as protective, supporting figures for the duration of Joyce’s life. During the eight years between Dubliners‘ completion and publication, Joyce and Barnacle have two children, a son named Giorgio and a daughter named Lucia.

Joyce’s next major work, A Portrait of the Artist as a Young Man, appears in serialized form in 1914 and 1915. Joyce is “discovered” by Ezra Pound and the complete text is printed in New York in 1916, and in London in 1917. It is with the assistance of Pound, a prominent literary figure of the time, that Joyce comes into contact with Harriet Shaw Weaver, who serves as both editor and patron while Joyce writes Ulysses.

When Ulysses is published in Paris in 1922, many immediately hail the work as genius. With his inventive narrative style and engagement with multiple philosophical themes, Joyce has established himself as a leading Modernist. The novel charts the passage of one day, June, 16 1904, as depicted in the life of an Irish Jew named Leopold Bloom, who plays the role of a Ulysses by wandering through the streets of Dublin. Despite the fact that Joyce is writing in self-imposed exile, living in Paris, Zurich, and Trieste while writing Ulysses, the novel is noted for the incredible amount of accuracy and detail regarding the physical and geographical features of Dublin.

Similar in theme to Joyce’s previous works, Ulysses examines the relationship between the modern man and his myth and history, focusing on contemporary questions of Irish political and cultural independence, the effects of organized religion on the soul, and the cultural and moral decay produced by economic development and heightened urbanization. While Joyce is writing it, there is serious doubt as to whether Ulysses will be completed. Midway through his writing, Joyce undergoes the first of eleven eye operations to salvage his ever-worsening eyesight. At one point, a disappointed Joyce casts the bulk of his manuscript into the fire, but Nora Barnacle immediately rescues it.

By this time, Joyce is approaching the end of his public career and has concluded work on his final novel, Finnegan’s Wake. Considered to be far more baffling and convoluted than Ulysses, Finnegan’s Wake is a critical failure. At the outbreak of World War II, Joyce remains in Paris until he is forced to move, first to Vichy, and then to Switzerland. On January 13, 1941, Joyce dies of a stomach ulcer at the age of 58 and is buried in Zurich’s Fluntern Cemetery.