John Howard Kyan, inventor of the ‘kyanising’ process for preserving wood, is born on November 27, 1774 in Dublin. His father, also John Howard Kyan, is the owner of valuable copper mines in County Wicklow. He is educated to take part in the management of the mines, but soon after he enters the company its fortunes decline, and in 1804 his father dies almost penniless.

For a time Kyan is employed at some vinegar works at Newcastle upon Tyne, but subsequently removes to London. The decay of the timber supports in his father’s copper mines had already directed his attention to the question of preserving wood, and as early as 1812 he begins experiments with a view to discovering a method of preventing the decay. Eventually he finds that bichloride of mercury or corrosive sublimate, as it is commonly called, gives the best results and, without revealing the nature of the process, he submits a block of oak impregnated with the substance to the Admiralty in 1828. It is placed in the ‘fungus pit’ at Woolwich, where it remains for three years exposed to all the conditions favourable to decay. When taken out in 1831, it is found to be perfectly sound, and after further trials it still remains unaffected.

The process attracts great attention. Michael Faraday chooses it as the subject of his inaugural lecture at the Royal Institution on February 22, 1833, on his appointment as Fullerian professor of chemistry. Dr. George Birkbeck gives a lecture upon it at the Royal Society of Arts on December 9, 1834, and in 1835 the Admiralty publishes the report of a committee appointed by the board to inquire into the value of the new method.

In 1836, Kyan sells his rights to the Anti-Dry Rot Company, an Act of Parliament being passed which authorises the raising of a capital of £250,000. Tanks are constructed at Grosvenor Basin, Pimlico, at the Grand Surrey Canal Dock, Rotherhide, and at the City Road Basin.

Among the early applications of the process is the kyanising of the palings around the Inner Circle, Regent’s Park, which is carried out in 1835 as an advertisement with small brass plates being attached to the palings at intervals stating that the wood has been submitted to the new process. The plates soon disappear, but the original palings still remain in good condition.

The timber used in building the Oxford and Cambridge Club, British Museum, Royal College of Surgeons, Westminster Bridewell, the new roof of the Temple Church, and the Ramsgate harbour works is also prepared by Kyan’s process. When wooden railway ties become general, a very profitable business for Kyan’s company is anticipated, and for a time these hopes are realised.

It becomes evident that iron fastenings cannot be used in wood treated with corrosive sublimate, on account of the corrosive action, and it is said that the wood becomes brittle. The salt is somewhat expensive and Sir William Burnett‘s method of preserving timber by zinc chloride, and afterwards the application of creosote for that purpose, proves severe competitors. Doubts begin to be expressed as to the real efficiency of kyanising, and the process gradually ceases to be employed.

John Kyan dies on January 5, 1850 in New York City, where he is engaged on a plan for filtering the water supplied to that city by the Croton Aqueduct.

Magee College opens on October 10, 1865 as a Presbyterian Christian arts and theological college in Derry, County Londonderry, Northern Ireland. Since 1953, it has had no religious affiliation and provides a broad range of undergraduate and postgraduate academic degree programmes in disciplines ranging from business, law, social work, creative arts & technologies, cinematic arts, design, computer science and computer games to psychology and nursing.

The Magee Campus gains its name from Martha Magee, the widow of a Presbyterian minister, who, in 1845, bequeathed £20,000 to the Presbyterian Church in Ireland to found a college for theology and the arts. It opens in 1865 primarily as a theological college, but accepts students from all denominations to study a variety of subjects. It is a college of the Royal University of Ireland from 1880 and later becomes associated with Trinity College, Dublin when the Royal University is dissolved in 1909 and replaced by the National University of Ireland.

During World War II, the college is taken over by the Admiralty for Royal NavyRoyal Navy operational use, becoming with Ebrington Barracks (HMS Ferret), a major facility in the Battle of the Atlantic. A 2013 BBC report describes a secret major control bunker, later buried beneath the lawns of the college. From 1941 this bunker, part of Base One Europe, together with similar bunkers in Derby House, Liverpool and Whitehall is used to control one million Allied personnel and fight the Nazi U-boat threat.

In 1953, Magee Theological College separates from the remainder of the college, eventually moving to Belfast in a 1978 merger that forms Union Theological College. Also in 1953, Magee College breaks its ties with Dublin and becomes Magee University College. It is hoped by groups led by the University for Derry Committee that this university college would become Northern Ireland’s second university after Queen’s University Belfast. However, in the 1960s, following the recommendations in The Lockwood Report by Sir John Lockwood, Master of Birkbeck College, London and former Vice-Chancellor of the University of London, the Parliament of Northern Ireland makes a controversial decision to pass it over in favour of a new university in Coleraine. Instead it is incorporated into the two-campus New University of Ulster in 1969. The next fourteen years see the college halve in size, while development focuses on the main Coleraine campus.

In 1984, the New University merges with the Ulster Polytechnic, and Magee becomes the early focus of development of a new four-campus university, the University of Ulster. Student and faculty numbers recover and grow rapidly over the next ten to fifteen years, accompanied by numerous construction projects. Magee grows from just 273 students in 1984 to over 4,000 undergraduates in 2012. In 2012, the University continues to lobby the Northern Ireland Executive for an additional 1,000 full-time undergraduate places, leading to 6,000 students at Magee in 2017.

On September 14, 2013 Magee hosts, for the first time on the island of Ireland, the 23rd International Loebner Prize Contest in Artificial Intelligence based on the Turing test proposed by the renowned British computer scientist Alan Turing in 1950. Turing also works on cracking the Enigma machine code at Bletchley Park which is instrumental in the Battle of the Atlantic.

In October 2014 the University of Ulster is rebranded as Ulster University.

Major Walter Gordon Wilson, mechanical engineer, inventor and member of the British Royal Naval Air Service, is born in Blackrock, County Dublin, on April 21, 1874. He is credited by the 1919 Royal Commission on Awards to Inventors as the co-inventor of the tank, along with Sir William Tritton.

Wilson is a naval cadet on HMS Britannia. In 1894 he entered King’s College, Cambridge, where he studies the mechanical sciences tripos, graduating with a first-class degree, B.A., in 1897. He acts as ‘mechanic’ for the Hon. Charles Stewart Rolls on several occasions while they are undergraduates in Cambridge.

Interested in powered flight, Wilson collaborates with Percy Sinclair Pilcher and the Hon. Adrian Verney-Cave to attempt to make an aero-engine from 1898. The engine is a flat-twin air-cooled and weighs only 40 lbs., but shortly before a demonstration flight planned for September 30, 1899 it suffers a crankshaft failure. Unwilling to let down his backers, Pilcher opts to demonstrate a glider, which crashes and he is fatally injured. The shock of Pilcher’s death ends Wilson’s plans for aero-engines.

Following Pilcher’s death, Wilson switches to building the Wilson–Pilcher motor car, which is launched in 1900. This car is quite remarkable in that it is available with either flat-four or flat-six engines, which are very well balanced, and with a low centre of gravity making good stability. Each water cooled cylinder is separate and identical for either engine. Cylinders are slightly offset with separate crankpins, and the crankshaft has intermediate bearings between each pair of cylinders.

The gearbox of the car is also novel, having dual epicyclic gears and being bolted directly to the engine. This allows four speeds, with direct drive in top gear. All the gears are helical, and enclosed in an oil bath, making for very silent transmission. Reverse gear is built into the rear axle, as is the foot operated brake drum, all of which are housed in a substantial aluminium casing.

After marrying in 1904 Wilson joins Armstrong Whitworth who takes over production of the Wilson-Pilcher car. From 1908 to 1914 he works with J & E Hall of Dartford designing the Hallford lorry which sees extensive service with the army during World War I.

The sole known surviving Wilson-Pilcher car is a four-cylinder version that is retained by the Amstrong Whitworth factory and after restoration in the 1940s is presented to W.G. Wilson in the 1950s. It stays in the Wilson family until 2012 when it is sold at auction to a private collector.

With the outbreak of World War I, Wilson rejoins the navy and the Royal Naval Armoured Car Division, which protects the Royal Naval Air Service in France. When the Admiralty begins investigating armoured fighting vehicles under the Landship Committee in 1915, 20 Squadron is assigned to it and Wilson is placed in charge of the experiments. He works with the agricultural engineer William Tritton resulting in the first British tank called “Little Willie.” At Wilson’s suggestion the tracks are extended right round the vehicle. This second design becomes the prototype for the Mark I tank.

Designing several of the early British tanks, Wilson incorporates epicyclic gearing which is used in the Mark V tank to allow it to be steered by a single driver rather than the four previously needed. In 1937, he provides a new steering design which gives a larger turning radius at higher speeds.

Wilson transfers to the British Army in 1916, becoming a Major in the Heavy Branch of the Machine Gun Corps. He is mentioned twice in dispatches and is appointed Companion of the Order of St. Michael and St. George in 1917.

In 1928, Wilson invents a self-changing gearbox, and forms Improved Gears Ltd. with John Davenport Siddeley to develop the design commercially. Improved Gears later becomes Self-Changing Gears. The self-changing gearboxes are available on most subsequent Armstrong Siddeley automobiles, manufactured up to 1960, as well as on Daimler, Lanchester, Talbot, ERA, AC, Invicta and Riley automobiles as well as buses, railcars and marine launches. 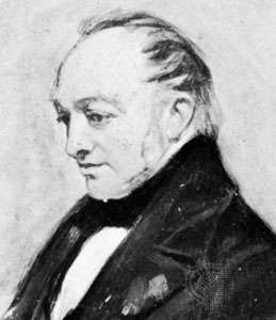