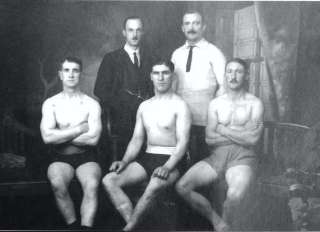 The Dunmanway killings, also known as the Dunmanway murders or the Dunmanway massacre, takes place in and around Dunmanway, County Cork between April 26-28, 1922. The event refers to the killing (and in some cases, disappearances) of thirteen Protestant men and boys.

The killings happen in a period of truce after the July 1921 end of the Irish War of Independence and before the outbreak of the Irish Civil War in June 1922. All the dead and missing are Protestants, which has led to the killings being described as sectarian. Six are killed as purported British informants and loyalists, while four others are relatives killed in the absence of the target. Three other men are kidnapped and executed in Bandon as revenge for the killing of an Irish Republican Army (IRA) officer Michael O’Neill during an armed raid. One man is shot and survives his injuries.

On April 26, 1922, a group of anti-Treaty IRA men, led by Michael O’Neill, arrive at the house of Thomas Hornibrook, a former magistrate, at Ballygroman, East Muskerry, Desertmore, Bandon (near Ballincollig on the outskirts of Cork City), seeking to seize his car. Hornibrook is in the house at the time along with his son, Samuel, and his nephew, Herbert Woods, a former Captain in the British Army. O’Neill demands a part of the engine mechanism that had been removed by Hornibrook to prevent such theft. Hornibrook refuses to give them the part, and after further efforts, some of the IRA party enter through a window. Herbert Woods then shoots O’Neill, wounding him fatally. O’Neill’s companion, Charlie O’Donoghue, takes him to a local priest who pronounces him dead. The next morning O’Donoghue leaves for Bandon to report the incident to his superiors, returning with “four military men,” meeting with the Hornibrooks and Woods, who admit to shooting O’Neill.

It is not clear who orders the attacks or carries them out. However, in 2014 The Irish Times releases a confidential memo from the then-Director of Intelligence Colonel Michael Joe Costello (later managing director of the Irish Sugar Company) in September 1925 in relation to a pension claim by former IRA volunteer Daniel O’Neill of Enniskeane, County Cork, stating: “O’Neill is stated to be a very unscrupulous individual and to have taken part in such operations as lotting [looting] of Post Offices, robbing of Postmen and the murder of several Protestants in West Cork in May 1922. A brother of his was shot dead by two of the latter named, Woods and Hornbrooke [sic], who were subsequently murdered.”

The motivation of the killers remains unclear. It is generally agreed that they were provoked by the fatal shooting of O’Neill by Woods, whose house was being raided on April 26. Some historians have claimed there were sectarian motives; others claim that those killed were targeted only because they were suspected of having been informers during the Irish War of Independence, and argue that the dead were associated with the so-called “Murragh Loyalist Action Group,” and that their names may have appeared in captured British military intelligence files which listed “helpful citizens” during the war. 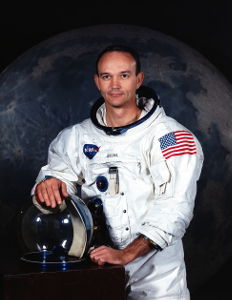 Michael Collins, Irish American former astronaut and test pilot who is part of the Gemini 10 and Apollo 11 missions, is born in Rome, Italy, on October 31, 1930. The Apollo 11 mission includes the first lunar landing in history. His Irish roots can be traced to the town of Dunmanway in County Cork, from which his grandfather, Jeremiah Collins, emigrates in the 1860s.

Collins is born in Rome where his father, United States Army Major General James Lawton Collins, is stationed at the time. After the United States enters World War II, the family moves to Washington, D.C., where Collins attends St. Albans School. During this time, he applies and is accepted to the United States Military Academy in West Point, New York, and decides to follow his father, two uncles, brother and cousin into the armed services.

In 1952, Collins graduates from West Point with a Bachelor of Science degree. He joins the United States Air Force that same year, and completes flight training at Columbus Air Force Base in Mississippi. His performance earns him a position on the advanced day fighter training team at Nellis Air Force Base, flying the F-86 Sabres. This is followed by an assignment to the 21st Fighter-Bomber Wing at the George Air Force Base, where he learns how to deliver nuclear weapons. He also serves as an experimental flight test officer at Edwards Air Force Base in California, testing jet fighters.

Collins makes the decision to become an astronaut after watching John Glenn‘s Mercury-Atlas 6 flight. He applies for the second group of astronauts that same year, but is not accepted. Disappointed, but undaunted, Collins enters the USAF Aerospace Research Pilot School as the Air Force begins to research space. That year, NASA once again calls for astronaut applications, and Collins is more prepared than ever. In 1963 he is chosen by NASA to be part of the third group of astronauts.

Collins makes two spaceflights. The first, on July 18, 1966, is the Gemini 10 mission, where Collins performs a spacewalk. The second is the Apollo 11 mission on July 20, 1969, the first lunar landing in history. Collins, accompanied by Neil Armstrong and Edwin “Buzz” Aldrin, remains in the Command Module while his partners walk on the moon’s surface. Collins continues circling the moon until July 21, when Armstrong and Aldrin rejoin him. The next day, he and his fellow astronauts leave lunar orbit. They land in the Pacific Ocean on July 24. Collins, Armstrong and Aldrin are all awarded the Presidential Medal of Freedom by Richard Nixon. However, Aldrin and Armstrong end up receiving a majority of the public credit for the historic event, although Collins is also on the flight.

Collins leaves NASA in January 1970, and one year later, he joins the administrative staff of the Smithsonian Institution in Washington, D.C. In 1980, he enters the private sector, working as an aerospace consultant. In his spare time, Collins says he stays active, and spends his days “worrying about the stock market” and “searching for a really good bottle of cabernet under ten dollars.”

Collins and his wife, Patricia Finnegan, have three children. The couple lived in both Marco Island, Florida, and Avon, North Carolina until her death in April 2014.