O’Donoghue is born to Irish parents and grows up in the Hans Town area of Chelsea. He is the son of John O’Donoghue, a bricklayer from Kilworth, County Cork, and Bridget Griffin, who is from County Tipperary. He is the third of nine children, and has four brothers, Thomas, John, James, and Edmund, and four sisters, Mary, Ellen, Katherine, and Agnes. He is first an upholsterer‘s apprentice from the age of sixteen before becoming a journalist and author.

O’Donoghue attends a Catholic school and furthers his education at the British Museum. He begins his journalistic work by writing for the Dublin papers upon subjects relating to Irish music, art, and literature. A founder-member of the Irish Literary Society in London, he is also vice president of the National Literary Society, Dublin, and the compiler of a biographical dictionary, The Poets of Ireland (1891–93; revised edition, 1912), with entries on 2,000 authors. His published works also include Irish Poetry of the Nineteenth Century (1894), Humor of Ireland (1894), List of 1300 Irish Artists (1894), The Life and Writings of James Clarence Mangan (1897), Bibliographical Catalogue of Collections of Irish Music (1899), and Geographical Distribution of Irish Ability (1906).

O’Donoghue dies suddenly on June 27, 1917 at his home on Auburn Avenue, Donnybrook, Dublin. He is buried in Dublin’s Glasnevin Cemetery. 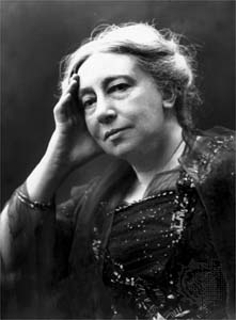 Isabella Augusta, Lady Gregory, an Irish playwright, folklorist and theatre manager, dies at her home in Galway on May 22, 1932.

Augusta is born at Roxborough, County Galway, the youngest daughter of the Anglo-Irish gentry family Persse. She is educated at home, and her future career is strongly influenced by the family nanny, Mary Sheridan, a Catholic and a native Irish speaker, who introduces her to the history and legends of the local area.

Augusta marries Sir William Henry Gregory on March 4, 1880 in St Matthias’ Church, Dublin. He is a well-educated man with many literary and artistic interests, and the house at Coole Park houses a large library and extensive art collection. He also owns a house in London, where the couple spends a considerable amount of time, holding weekly salons frequented by many leading literary and artistic figures of the day, including Robert Browning, Lord Tennyson, John Everett Millais and Henry James.

Augusta’s earliest work to appear under her own name is Arabi and His Household (1882), a pamphlet in support of Ahmed Orabi Pasha, leader of what has come to be known as the Urabi Revolt. In 1893 she publishes A Phantom’s Pilgrimage, or Home Ruin, an anti-Nationalist pamphlet against William Ewart Gladstone‘s proposed second Home Rule Act.

Augusta continues to write prose during the period of her marriage. She also writes a number of short stories in the years 1890 and 1891, although these never appear in print. A number of unpublished poems from this period have also survived. When Sir William Gregory dies in March 1892, Lady Gregory goes into mourning and returns to Coole Park. There she edits her husband’s autobiography, which she publishes in 1894.

A trip to Inisheer in the Aran Islands in 1893 re-awakes for Lady Gregory an interest in the Irish language and in the folklore of the area in which she lives. She organises Irish lessons at the school at Coole, and begins collecting tales from the area around her home. This activity leads to the publication of a number of volumes of folk material, including A Book of Saints and Wonders (1906), The Kiltartan History Book (1909) and The Kiltartan Wonder Book (1910).

With William Butler Yeats and Edward Martyn, she co-founds the Irish Literary Theatre and the Abbey Theatre, and writes numerous short works for both companies. Lady Gregory produces a number of books of retellings of stories taken from Irish mythology. Born into a class that identifies closely with British rule, she turns against it. Her conversion to cultural nationalism, as evidenced by her writings, is emblematic of many of the political struggles to occur in Ireland during her lifetime.

Lady Gregory, whom George Bernard Shaw once described as “the greatest living Irishwoman” dies at home at the age of 80 from breast cancer on May 22, 1932. She is buried in the New Cemetery in Bohermore, County Galway. The entire contents of Coole Park are auctioned three months after her death, and the house is demolished in 1941.

Lady Gregory is mainly remembered for her work behind the Irish Literary Revival. During her lifetime her home at Coole Park in County Galway serves as an important meeting place for leading Revival figures. Her early work as a member of the board of the Abbey Theatre is at least as important as her creative writings for that theatre’s development. Lady Gregory’s motto is taken from Aristotle: “To think like a wise man, but to express oneself like the common people.”