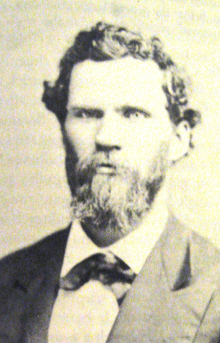 Ford is born to Edward Ford (1805-1880) and Ann Ford (1815-1893), emigrating with his parents to Boston, Massachusetts in 1845, never returning to Ireland. He writes in the Irish World in 1886 that “I might as well have been born in Boston. I know nothing of England. I brought nothing with me from Ireland — nothing tangible to make me what I am. I had consciously at least, only what I found and grew up with in here.”

Ford leaves school at the age of thirteen and two years later is working as a printer’s devil for William Lloyd Garrison‘s The Liberator. He credits Garrison for his advocacy for social reform. He begins writing in 1855 and by 1861 is editor and publisher of the Boston Tribune, also known as the Boston Sunday Tribune or Boston Sunday Times. He is an abolitionist and pro-union.

During the American Civil War (1861–1865) Ford serves in the Union Army in the Ninth Massachusetts Regiment with his father and brother. He sees action in northern Virginia and fights in the Battle of Fredericksburg.

Ford spends four years after the war in Charleston, South Carolina, editing the Southern Carolina Leader, printed to support newly freed slaves. He settles in New York City in 1870 and founds the Irish World, which becomes the principal newspaper of Irish America. It promises “more reading material than any other paper in America” and outsells John Boyle O’Reilly‘s The Pilot.

In 1878, Ford re-titles his newspaper, the Irish World and American Industrial Liberator. During the early 1880s, he promotes the writings of land reformer, Henry George in his paper.

In 1880, Ford begins to solicit donations through the Irish World to support Irish National Land League activities in Ireland. Funds received are tabulated weekly under the heading “Land League Fund.” Between January and September 1881 alone, more than $100,000 is collected in donations. British Prime Minister William Ewart Gladstone later states that without the funds from the Irish World, there would have been no agitation in Ireland.” 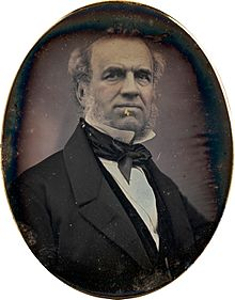 Haughton, son of Samuel Pearson Haughton (1748–1828), by Mary, daughter of James Pim of Rushin, Queen’s County (now County Laois), is born in Carlow, County Carlow, and educated at Ballitor, County Kildare, from 1807 to 1810, under James White, a quaker. After filling several situations to learn his business, in 1817 he settles in Dublin, where he becomes a corn and flour factor, in partnership with his brother William. He retires in 1850. Although educated as a Friend, he joins the Unitarians in 1834, and remains throughout his life a strong believer in their tenets.

Haughton supports the anti-slavery movement at an early period and takes an active part in it until 1838, going in that year to London as a delegate to a convention. Shortly after the Temperance campaigner Father Theobald Mathew takes the pledge, on April 10, 1838, Haughton becomes one of his most devoted disciples. For many years he gives most of his time and energies to promoting total abstinence and to advocating legislative restrictions on the sale of intoxicating drinks.

In December 1844 Haughton is the chief promoter of a fund which is raised to pay some of the debts of Father Mathew and release him from prison. About 1835 he commences a series of letters in the public press which make his name widely known. He writes on temperance, slavery, British India, peace, capital punishment, sanitary reform, and education. His first letters are signed “The Son of a Water Drinker,” but he soon commences using his own name and continues to write until 1872.

Haughton takes a leading part in a series of weekly meetings which are held in Dublin in 1840, when so numerous are the social questions discussed that a newspaper editor calls the speakers the “Anti-everythingarians.” In association with Daniel O’Connell, of whose character he has a very high opinion, he advocates various plans for the amelioration of the condition of Ireland and the Repeal of the Union, but is always opposed to physical force.

Haughton becomes a vegetarian in 1846, both on moral and sanitary grounds. For two or three years before his death he is president of the Vegetarian Society of the United Kingdom. He is one of the first members of the Statistical Society of Dublin (1847), a founder of the Dublin Mechanics’ Institute (1849), in the same year is on the committee of the Dublin Peace Society, aids in abolishing Donnybrook Fair in 1855, and takes a chief part in 1861 in opening the National Botanic Gardens at Glasnevin on Sundays.

James Haughton dies at 35 Eccles Street, Dublin, on February 20, 1873, and is buried in Mount Jerome Cemetery on February 24 in the presence of an immense crowd of people.

Haughton’s son, Samuel Haughton, publishes a memoir of his father’s life including extracts from his public correspondence in 1877.

Hercules Mulligan, tailor and spy during the American Revolutionary War, is cleared of suspicions of possible Loyalist sympathies when George Washington has breakfast with him on November 25, 1783, the day after the British evacuate New York City and Washington enters it at the end of the war.

Mulligan is born in Coleraine, County Londonderry to Hugh and Sarah Mulligan. The family immigrates to North America in 1746, settling in New York City. Mulligan attends King’s College, now Columbia University, in New York City. After graduating, Mulligan works as a clerk for his father’s accounting business. He later goes on to open a tailoring and haberdashery business, catering to wealthy British Crown force officers.

In 1765, Mulligan is one of the first colonists to join the Sons of Liberty, a secret society formed to protect the rights of the colonists and to fight British taxation. He also helps to mob British soldiers in the Battle of Golden Hill. He is a member of the New York Committee of Correspondence, a group that rallies opposition to the British through written communications. In August 1775, he and the Corsicans, a New York volunteer militia company, under fire from HMS Asia, successfully raid four British cannons in the Battery. In 1776, Mulligan and the Sons of Liberty knock down a statue of King George III in Bowling Green, melting the lead in the center to cast bullets to use against the British. Mulligan continues to fight for liberty following the Declaration of Independence.

While staying with the Mulligan family, Alexander Hamilton comes to share Mulligan’s views. Initially siding with the British before coming to New York, Hamilton is persuaded to change his views and join the Sons of Liberty. As a result, Hamilton writes an essay in 1775 in favor of independence, which causes a sensation and helps hasten the Revolution. When George Washington speaks of his need for reliable information from within New York City in 1776, after the Continental Army is driven out, Hamilton recommends Mulligan due to his placement as tailor to British soldiers and higher-ups.

This proves to be incredibly successful, with Mulligan saving Washington’s life on two occasions. The first occurs when a British officer, who requests a watch coat late one evening, tells Mulligan of their plans. “Before another day, we’ll have the rebel general in our hands.” Mulligan quickly informs Washington, who changes his plans and avoids capture.

Mulligan’s slave, Cato, is a Black Patriot who serves as spy together with Mulligan, and often acts the role of courier, in part through British-held territory, by exploiting his status as a slave, letting him pass on intelligence to the Continental Army without being stopped.

It is not known what happened to Mulligan’s slave Cato. However, on January 25, 1785, Mulligan becomes one of the 19 founding members, along with Alexander Hamilton and John Jay, of the New York Manumission Society, an early American organization founded to promote abolition of slaves.

Following the Revolution, Mulligan’s tailoring business prospers. He retires at the age of 80 and dies five years later on March 4, 1825. Mulligan is buried in the Sanders tomb behind Trinity Church. When the church is enlarged, the Sanders tomb is covered. Today, there is a tombstone located in the southwest quadrant of the churchyard bearing Mulligan’s name.