The bishopric of Kilmacduagh had been a separate title until 1750 when Pope Benedict XIV decrees that it is to be united with the bishopric of Kilfenora. Since Kilmacduagh is in the Ecclesiastical province of Tuam while Kilfenora is in the Province of Cashel, it is arranged that the ordinary of the united dioceses is to be alternately bishop of one diocese and apostolic administrator of the other. The first holder of this unusual arrangement is Peter Kilkelly, who had been Bishop of Kilmacduagh since 1744. He becomes Apostolic Administrator of Kilfenora in September 1750. Since that date, Kilfenora has been administered by that united diocese as an apostolic vicariate. Since the territory of an apostolic vicariate comes directly under the pope as “universal bishop”, the pope exercises his authority in Kilfenora through a “vicar.”

The geographic remit of the see includes the city of Galway, parts of County Galway and the northern coastal part of County Clare. Large population centres include Ennistymon, Oranmore and Oughterard. The cathedral church of the diocese is the Cathedral of Our Lady Assumed into Heaven and St. Nicholas. It is in the ecclesiastical province of Tuam and is subject to the Metropolitan Archdiocese of Tuam. The deanery of Kilfenora, previously a diocese in its own right, lies in the ecclesiastical province of Cashel. The Ordinary is Bishop Brendan Kelly who is appointed on December 11, 2017.

(Pictured: The Cathedral of Our Lady Assumed into Heaven and St. Nicholas

Desmond Connell is created Cardinal-Priest by Pope John Paul II at the Consistory in Rome on February 21, 2001. He becomes the first Archbishop of Dublin in over 100 years to be installed as a Cardinal. A large Irish contingent from Church and State, along with family and friends of the Cardinal, attend the installation which for the first time takes place at the front of the entrance to St. Peter’s Basilica.

Connell is born in Dublin on March 24, 1926. He is educated at St. Peter’s National School, Phibsborough and the Jesuit Fathers’ second level school, Belvedere College, and studies for the priesthood at Holy Cross College. He later studies Arts at University College Dublin (UCD) and graduates with a BA in 1946 and is awarded an MA the following year. Between 1947 and 1951, he studies theology at St. Patrick’s College, Maynooth for a Bachelor of Divinity.

Connell is appointed Archbishop of Dublin by the Holy See in early 1988. He is consecrated at St. Mary’s Pro-Cathedral, Dublin on March 6, 1988. He is created Cardinal-Priest by Pope John Paul II at the Consistory in Rome on February 21, 2001 with the Titulus S. Silvestri in Capite. Archbishops of Armagh, who hold the higher title of Primate of All Ireland, are more frequently appointed Cardinal than Archbishops of Dublin. The last Archbishop of Dublin to have been a cardinal is Cardinal Edward MacCabe, who was appointed in 1882.

On April 26, 2004, Connell retires as archbishop, handing the diocese to the coadjutor bishop, Diarmuid Martin. All bishops submit their resignation to the Pope on their 75th birthday. Connell’s is accepted shortly after his 78th birthday.

Connell is one of the cardinal electors who participates in the 2005 papal conclave that selects Pope Benedict XVI. Connell is considered quite close to Pope Benedict, both theologically and personally, both having served together on a number of congregations. He attends the 50th International Eucharistic Congress in Dublin in June 2012 and concelebrates at the Statio Orbis Mass in Croke Park.

It is Connell’s failure, when Archbishop of Dublin in 1988–2004, to address adequately the abuse scandals in Dublin that lead the Vatican to assign Archbishop Martin as his replacement in the country’s largest diocese. The Murphy Report finds that Connell had handled the affair “badly” as he was “slow to recognise the seriousness of the situation.” It does praise him for making the archdiocesan records available to the authorities in 2002 and for his 1995 actions in giving the authorities the names of 17 priests who had been accused of abuse, although it says the list is incomplete as complaints were made against at least 28 priests in the Archdiocese.

From 1988 Connell also continues to insure his archdiocese against liability from complainants, while claiming to the Murphy Commission that the archdiocese is “on a learning curve” in regard to child abuse. He arranges for compensation payments to be made from a “Stewardship Trust” that is kept secret from the archdiocese’s parishioners until 2003. In 1996 he refuses to help a victim of Paul McGennis and does not pass on what he knows about McGennis to her, or to the police. He apologises for this in 2002.

Desmond Connell dies in Dublin at the age of 90 on February 21, 2017, exactly sixteen years after his creation as Cardinal. 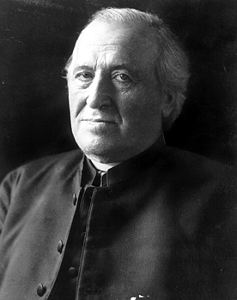 John Ireland, the third Roman Catholic bishop and first Roman Catholic archbishop of Saint Paul, Minnesota, is born in Burnchurch, County Kilkenny, on September 11, 1838. He becomes both a religious as well as civic leader in Saint Paul during the turn of the 20th century.

Ireland is known for his progressive stance on education, immigration and relations between church and state, as well as his opposition to saloons and political corruption. He promotes the Americanization of Catholicism, especially in the furtherance of progressive social ideals. He is a leader of the modernizing element in the Roman Catholic Church during the Progressive Era. He creates or helps to create many religious and educational institutions in Minnesota. He is also remembered for his acrimonious relations with Eastern Catholics.

Ireland’s family immigrates to the United States in 1848 and eventually moves to Saint Paul, Minnesota, in 1852. One year later Joseph Crétin, first bishop of Saint Paul, sends Ireland to the preparatory seminary of Meximieux in France. Ireland is consequently ordained in 1861 in Saint Paul. He serves as a chaplain of the Fifth Minnesota Volunteer Infantry Regiment in the American Civil War until 1863 when ill health leads to his resignation. Later, he is famous nationwide in the Grand Army of the Republic.

Ireland is appointed pastor at Saint Paul’s cathedral in 1867, a position which he holds until 1875. In 1875, he is made coadjutor bishop of St. Paul and in 1884 he becomes bishop ordinary. In 1888 he becomes archbishop with the elevation of his diocese and the erection of the ecclesiastical province of Saint Paul. Ireland retains this title for thirty years until his death in 1918. Before Ireland dies he burns all of his personal papers.

Ireland is awarded an honorary doctorate (LL.D.) by Yale University in October 1901, during celebrations for the bicentenary of the university.

Ireland is personal friends with Presidents William McKinley and Theodore Roosevelt. At a time when most Irish Catholics are staunch Democrats, Ireland is known for being close to the Republican party. He opposes racial inequality and calls for “equal rights and equal privileges, political, civil, and social.” Ireland’s funeral is attended by eight archbishops, thirty bishops, twelve monsignors, seven hundred priests and two hundred seminarians.

A friend of James J. Hill, Archbishop Ireland has his portrait painted in 1895 by the Swiss-born American portrait painter Adolfo Müller-Ury almost certainly on Hill’s behalf, which is exhibited at M. Knoedler & Co., New York, January 1895 and again in 1897.