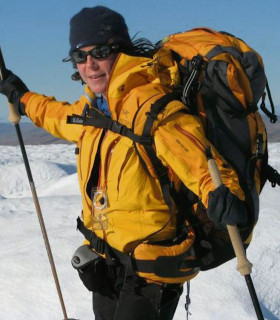 Clare O’Leary, Irish gastroenterologist, mountain climber and adventurer, becomes the first Irishwoman to successfully climb Mount Everest on May 18, 2004. She is accompanied by veteran mountaineer, Pat Falvey, who also sets a record by becoming the first Irishman to climb Everest from both sides.

O’Leary is born in 1972. She develops an interest in medicine, and cancer in particular, when her uncle dies from lung cancer during her childhood. After graduating from University College Cork, she spends over ten years training and working at the Cork University Hospital.

O’Leary makes her name in mountaineering in 2004, when she becomes the first Irish woman to reach the summit of Mount Everest, having failed on her first attempt in 2003 due to gastroenteritis. She climbs as a member of the Wyeth Irish Everest Expedition, led by Falvey. She also becomes the first Irish woman to ascend the Himalayan peak Ama Dablam and to climb the Seven Summits — the highest mountains on each continent. In 2008, she joins the Beyond Endurance expedition led by Falvey to the South Pole, making her the first woman to successfully ski to the South Pole.

In 2012, O’Leary and Mike O’Shea set out on an ongoing series of expeditions that they call the Ice Project. Their aim is to cross all of the world’s largest ice caps. Some of these expeditions include crossings of the Northern Patagonian Ice Field, the Greenland ice sheet, and Lake Baikal. In 2014, they attempt to ski to the North Pole after their first attempt in 2012 is cancelled due to a logistics problem, hoping to be the first Irish people to reach the North Pole. This attempt also has to be abandoned after they are injured in a sled accident.

In 2013, the railway path between Bandon and Innishannon in County Cork is named the Dr. Clare O’Leary Walk to commemorate her achievements. In November 2018, she is awarded an honorary doctorate by National University of Ireland Galway.

O’Leary lives in Clonmel, and is in a relationship with O’Shea. She currently works as a consultant gastroenterologist and general physician at South Tipperary General Hospital. She is also a patron of the Cork University Hospital Charity. 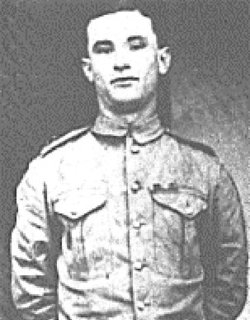 James Joseph Daly, a member of a mutiny of the Connaught Rangers in India in 1920, is executed by a British firing squad in India on November 2, 1920. He is the last British solider to be executed for mutiny.

On June 28, 1920, Joseph Hawes leads a company of the Connaught Rangers stationed at Jalandhar on the plains of the Punjab lay down their arms and refuse to perform their military duties as a protest against the activities of the Black and Tans, officially the Royal Irish Constabulary Special Reserve in Ireland. On the following day, the mutineers send two emissaries to a company of Connaught Rangers stationed at Salon, about twenty miles away in the foothills of the Himalayas. The soldiers there take up the protest as well and, like their counterparts at Jalandhar, fly the Irish tricolour, wear Sinn Féin rosettes on their British Army uniforms and sing rebel songs.

The protests are initially peaceful, but on the evening of July 1 around thirty members of the company at Salon, armed with bayonets, attempt to recapture their rifles from the company magazine. The soldiers on guard open fire, killing two men and wounding another. The incident effectively brings the mutiny to an end and the mutineers at both Jalandhar and Salon are placed under armed guard.

Sixty-one men are convicted by court-martial for their role in the mutiny. Fourteen are sentenced to death by firing squad, but the only soldier whose capital sentence is carried out is Private James Joseph Daly of Tyrellspass, County Westmeath. Daly is considered the leader of the mutiny at Salon and the man responsible for the failed attack on the magazine. On the morning of November 2, 1920, at the age of 22, he is executed in Dagshai prison in northern India.

The Connaught Rangers do not survive much longer than Daly. In 1922 the regiment is disbanded after the signing of the Anglo-Irish Treaty that creates the Irish Free State. In 1970, James Daly’s body is brought home and buried at Tyrellspass. Among those in the guard of honor at the reinterment ceremony are five of Daley’s fellow mutineers – Joseph Hawes, James Gorman, Eugene Egan, Patrick Hynes, and William Coote. 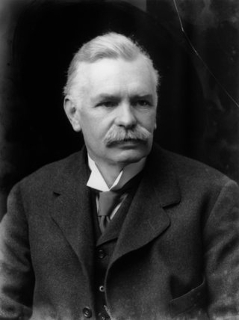 Richard Dixon Oldham, British geologist who makes the first clear identification of the separate arrivals of P-waves, S-waves and surface waves on seismograms and the first clear evidence that the Earth has a central core, is born in Dublin on July 31, 1858.

Born to Thomas Oldham, a Fellow of the Royal Society and a geologist, Oldham is educated at Rugby School and the Royal School of Mines.

In 1879 Oldham becomes an assistant-superintendent with the Geological Survey of India (GSI), working in the Himalayas. He writes about 40 publications for the Survey on geological subjects including hot springs, the geology of the Son Valley and the structure of the Himalayas and the Indo-Gangetic plain. His most famous work is in seismology. His report on the 1897 Assam earthquake goes far beyond reports of previous earthquakes. It includes a description of the Chedrang fault, with uplift up to 35 feet and reported accelerations of the ground that have exceeded the Earth’s gravitational acceleration. His most important contribution to seismology is the first clear identification of the separate arrivals of P-waves, S-waves and surface waves on seismograms. Since these observations agree with theory for elastic waves, they show that the Earth can be treated as elastic in studies of seismic waves.

In 1903, Oldham resigns from the GSI due to ill health and returns to the United Kingdom, living in Kew and various parts of Wales. In 1906 he writes a paper analyzing seismic arrival times of various recorded earthquakes. He concludes that the earth has a core and estimates its radius to be less than 0.4 times the radius of the Earth.

In 1908 Oldham is awarded the Lyell Medal, in 1911 made a Fellow of the Royal Society and from 1920 to 1922 serves as the President of the Geological Society of London.