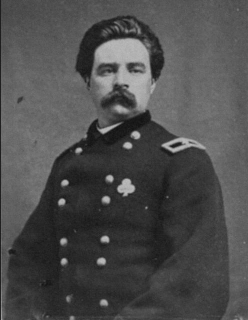 Thomas Alfred Smyth, brigadier general in the Union Army during the American Civil War, is born in Ballyhooly, County Cork on December 25, 1832. He is the last Union general killed in the war. In March 1867, he is nominated and confirmed a brevet major general of volunteers posthumously to rank from April 7, 1865.

Smyth works on his father’s farm in Ireland as a youth. He emigrates to the United States in 1854, settling in Philadelphia, Pennsylvania. He participates in William Walker‘s expedition to Nicaragua. He is employed as a wood carver and coach and carriage maker. In 1858, he moves to Wilmington, Delaware.

In 1861 Smyth enlists in the Union army in an Irish American three-months regiment, the 24th Pennsylvania, and is quickly made a captain. He is later commissioned as a major of the 1st Delaware Infantry, a three-years regiment. He serves at the battles of Chancellorsville and Fredericksburg, following which he is promoted to lieutenant colonel and then to colonel. During the Gettysburg campaign, he commands the 2nd Brigade, 3rd Division of the II Corps. During the Battle of Gettysburg, his men help defend Cemetery Ridge and advance to the area of the Bliss farm to oust enemy sharpshooters. He is wounded on the third day of the battle and relinquishes command briefly.

Smyth retains brigade command during the reorganization of II Corps before Ulysses S. Grant‘s Overland Campaign. He leads the second brigade of the first division from March 25 to May 17, 1864. When Colonel Samuel S. Carroll is wounded, Smyth is transferred to his command, the third brigade of second division, the Gibraltar Brigade. In October 1864, he is promoted to brigadier general during the Siege of Petersburg. He retains command of his brigade throughout the siege.

Between July 31, 1864 and August 22, 1864 and between December 23, 1864 and February 25, 1865, Smyth commands the 2nd division of the corps. In April 1865 near Farmville, Virginia, he is shot through the mouth by a sniper, with the bullet shattering his cervical vertebra and paralyzing him. He dies two days later at Burke’s Tavern, concurrent with the surrender of Robert E. Lee and his Confederate States Army at Appomattox Court House.

On March 18, 1867, President Andrew Johnson nominates Smyth for posthumous appointment to the grade of brevet major general of volunteers to rank from April 7, 1865, the date he was mortally wounded, and the United States Senate confirms the appointment on March 26, 1867. He is the last Union general killed or mortally wounded during the war, and is buried in Wilmington and Brandywine Cemetery in Wilmington, Delaware. 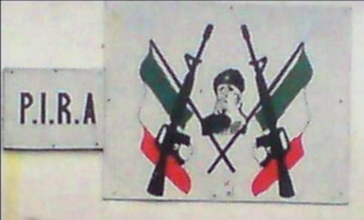 The bombing occurs during a period of heightened IRA activity. The previous two years are some of the less active and less violent years during the Troubles. The British policy of criminalization seems to be working but the IRA is gearing up for a new offensive. In 1976, 295 people are killed compared with 111 in 1977 and 80 in 1978 but in 1979 the number increases to 120 with 76 being British security force members compared to just 34 in 1978. The entire IRA “battalion structure” has been reconstructed using more smaller, tight knit cells making the IRA more secretive, harder to infiltrate and makes them much more effective at carrying out larger operations. The only brigade area which does not go under this reconstruction is the South Armagh Brigade which is viewed by the IRA Army Council as an independent Republic. In fact, by the mid-1970s South Armagh has become so dangerous for the British security forces, who are snipped at and have bombs thrown at them whenever they enter the area on foot, they have to be airlifted into the area and ground patrols are stopped altogether effectively giving up the ground to the South Armagh PIRA.

While the four Protestant members of the Royal Ulster Constabulary are on an evening patrol, they are all killed when a Provisional IRA unit detonates a remote-controlled bomb hidden in a parked van. The IRA unit detonates the well hidden bomb at the exact second the RUC mobile patrol is passing giving the officers no chance of survival. The dead RUC men are, Paul Gray (25), Robert Lockhart (44), Richard Baird (28) and Noel Webb (30). The bomb is estimated at 1,000 lbs. and is believed to be the largest bomb used by the IRA up to that date.

In January 1981, Patrick Joseph Traynor (27) from Crossmaglen is found guilty of the four murders and a range of other charges. He is jailed for life on each of the four murder charges and is sentenced to 12 years for the related crimes.

The IRA continues to intensify their campaign. On August 29, 1979 the IRA carries out two separate attacks in Northern Ireland and the Republic of Ireland that shock the world and give huge media coverage to their campaign. The first is the killing of Lord Mountbatten and his grandson when the boat they are on off the Sligo coast is blown up by a remote controlled bomb. The second is the Warrenpoint Ambush where the IRA kills 18 British soldiers in a double bomb attack, the highest loss of life for the British Army during the Troubles. The IRA carries out several of these type of large attacks against the British forces throughout the 1980s like the 1983 Ballygawley land mine attack which kills four soldiers, the 1988 Lisburn van bombing which kills six soldiers and the Ballygawley bus bombing also carried out in 1988 which kills eight soldiers and injures 28. 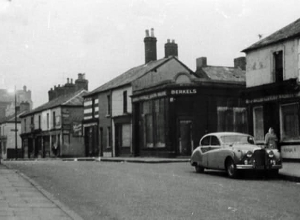 The Arnon Street Massacre takes place on April 1, 1922 in Belfast, Northern Ireland. Six Catholic civilians, three in Arnon Street, are shot dead. It is believed that members of either the Ulster Special Constabulary (USC) or the Royal Irish Constabulary (RIC) are responsible, acting in retaliation for the killing of an RIC officer by the Irish Republican Army (IRA).

Although the Irish War of Independence officially ends in July 1921, the Irish Republican Army’s conflict with British and unionist forces continues in Northern Ireland and escalates in the first half of 1922. The Ulster IRA, with the tacit but covert assistance of Michael Collins, head of the new Irish Free State, continues to wage a guerrilla war in Northern Ireland. According to historian Alan Parkinson, despite “the IRA having some short term successes … the main effect of this intensive campaign was to unleash a terrible backlash on the Catholic population in Belfast.” Only a week before the Arnon Street incident, policemen – either Royal Irish Constabulary (RIC) or Ulster Special Constabulary (USC) – kill six Catholic civilians in the McMahon murders.

On the evening of April 1, RIC constable George Turner is patrolling the Old Lodge Road when he is killed by a sniper.

About ten police officers in Brown Square Barracks, upon hearing of Turner’s murder, take a Lancia armoured car and begin touring nationalist areas. When they dismount their vehicle, witnesses hear them shouting “Cut the guts out of them for the murder of Turner.” Their first victim is John McRory who lives on Stanhope Street, just across the road from where Constable Turner had been shot. The police break into his house and shoot him dead in his kitchen. In Park Street, Bernard McKenna, father of seven, is killed while lying in bed. Finally, the police arrived at Arnon Street.

William Spallen, who lives at 16 Arnon Street, has just returned from the funeral of his wife who had also been killed in the conflict. His 12-year-old grandson, Gerald Tumelty, witnesses his death. “Two men came into the room, one was in the uniform of a policeman. They asked my grandfather his name and he said William Spallen. The man in plain clothes fired three shots at him. When I cried out he said ‘lie down or I will put a bullet into you.'” Tumelty says the killers then take £20 that his grandfather had to pay for his wife’s funeral.

The attackers then use a sledgehammer to break into the house next door, where they find Joseph Walsh in bed with his seven-year-old son Michael and his two-year-old daughter Bridget. Joseph Walsh is bludgeoned to death with the sledgehammer while Michael Walsh is shot and dies from his wounds the next day. Another son, Frank, is shot in the thigh but survives. Later that evening another Catholic, John Mallon, is shot dead in Skegoneill Avenue.

The unionist press, the Belfast Newsletter and Belfast Telegraph, condemn the killings but do not identify the killers as police. The Dublin-based Irish Independent writes that “never even in the worst state of terror in the west and south has the state of affairs which now prevails in the Northern capital been experienced.” Michael Collins sends an angry telegram to Northern Ireland Prime Minister James Craig, demanding a joint inquiry into the killings. No such inquiry is set up.

As with the McMahon killings one week earlier, it is strongly suspected that an RIC Detective Inspector, Nixon, operating out of the Brown Street Police barracks, had organised the attack. Nixon and several other policemen fail to turn up at roll call at the barracks immediately after the killings.